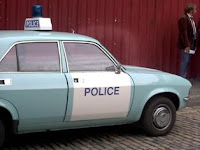 DAC Sue Akers who is heading it is an experienced, smart and practical officer, whom I admire and respect. We can have every confidence that the investigation will now be progressed thoroughly. But although there might appear to have been a reluctance to act in the past, a lack of progress despite information being available and so the possibility of errors having been made, we shouldn't expect finger-pointing. I doubt any detective will have won the keys to a Vauxhall Astra.
Posted by Colin Sutton at 01:40